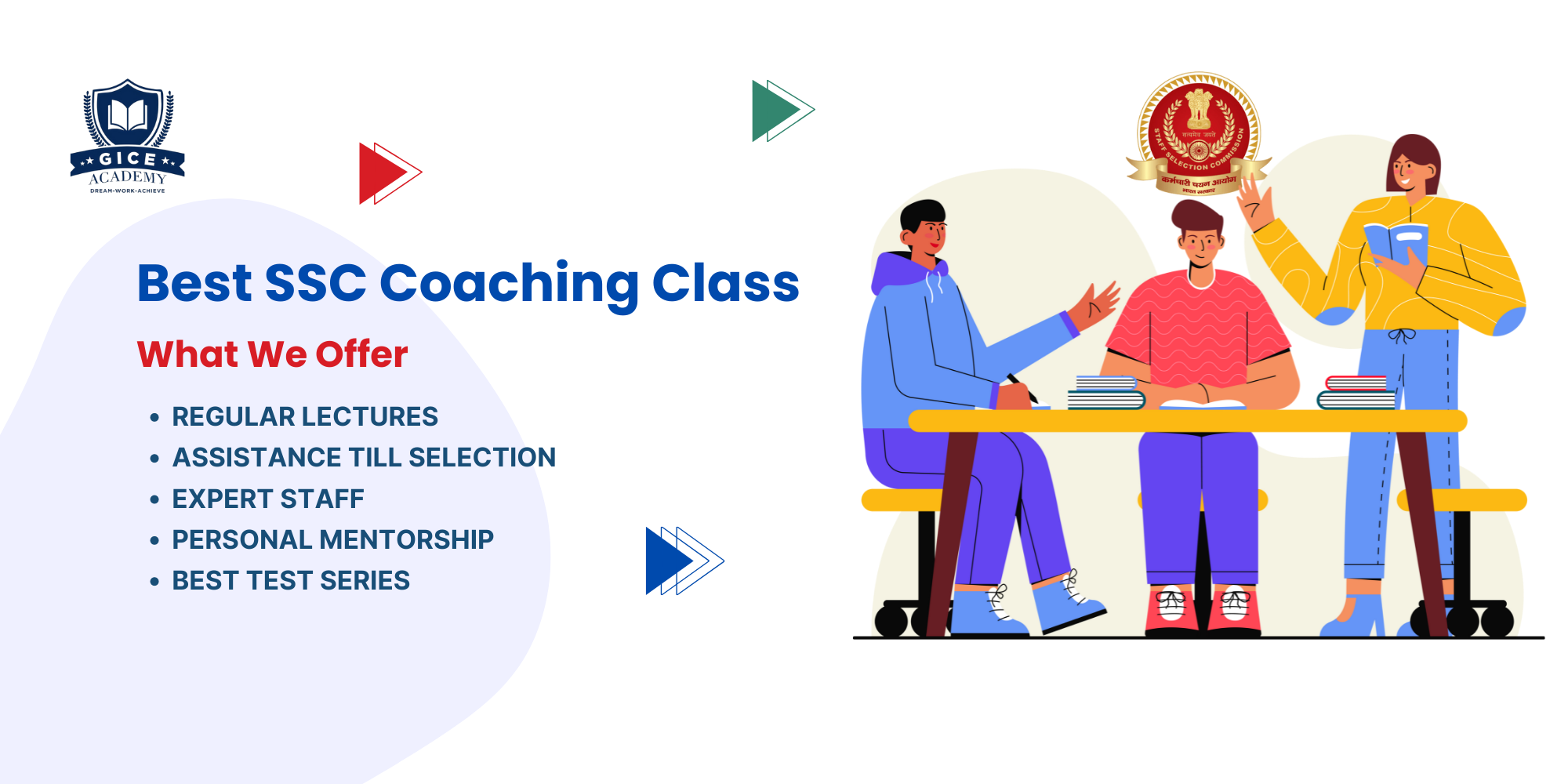 “Education is our passport to the future, for tomorrow belongs to the people who prepare for today’’.

SSC Exam: CGL (Combined Graduate Level) The Staff Selection Commission holds the Combined Graduate Level (CGL) exam to recruit candidates in Grade “B” and “C” category posts at multiple Government Ministries, Departments, and Offices. All the posts are divided into four categories. Category A, B, C, and D. for the respective posts as, Assistant Audit Officer (AAO), Assistant Section Officer (ASO), Inspector of Income Tax, etc. CHSL (Commission Combined Higher Secondary Level ) SSC CHSL is a combined higher secondary education administered by the staff selection commission every year for the recruitment in different ministries/divisions/bodies of the government sectors. SSC MTS (Multi Tasking Staff) SSC MTS (Multi Tasking Staff) is a public exam that helps the recruitment of candidates for various posts. The nature of the job is multitasking and challenging as they would be required to do several different activities at the same time. The jobs included in MTS are for the following positions: Peon, Daftary, Jamadar, Junior Gestetner, Operator, Chowkidar, Safaiwala, Mali, etc. The basic Salary is around 20,000/- SSC MTS exam is conducted online and all the MTS posts are available at the central government officials and all of its departments across the country. Eligibility: The candidate must be a citizen of India or a citizen of Nepal, Bhutan, or Tibetan Refugee. Having an age between 18–25 yrs. old. Must have cleared class 10th or equivalent from a recognized university. SSC JE (Junior Engineer) The Staff Selection Commission of Junior Engineers (SSC JE) exam is conducted for the recruitment of Junior Engineers in different Government Departments in various branches of Engineering including Civil, Electrical, Mechanical, and Quantity Surveying & Contracts. It is a national-level competitive exam for the recruitment of Group B Non-Gazetted Officers in Government organizations such as CPWD, MES, BRO, etc. A large number of candidates appear every year for a few limited vacancies in this exam. The SSC JE exam is administered by the Staff Selection Commission, which is affiliated with the Department of Personal training(DoPT). SSC JHT (Junior Hindi Translator) SSC JHT is a Junior Hindi Translator job, whose job is to translate from or to Hindi from English or any other official language. SSC GD (General Duty) The SSC will examine recruitment to the posts of SSC GD Constable (General Duty) in Border Security Force (BSF), Central Industrial Security Force (CISF), National Investigation Agency (NIA) Central Reserve Police Force (CRPF), Sashastra Seema Bal (SSB), Indo Tibetan Border Police (ITBP), and Secretariat Security Force (SSF) and Rifleman (General Duty) in Assam Rifles. Visit SSC GD (General Duty) SSC CPO (Central Police Organization) This exam is conducted for the recruitment of candidates for the post of Sub-inspector (SI) of Police. The exam is conducted on a national scale for the SI posts for various Police Organisations like ITBP, BSF, CRPF, and S.I in Delhi Police, etc. The SSC CPO Exam is conducted by the Staff Selection Committee. This exam is conducted on the National level. Due to its National Level approach this test is taken by a large no. of students who want to join SSC CPO (Central Police Organization) as their priority. SSC Stenographer A stenographer works in a courtroom or any legal proceedings corporate place and copies spoken words by typing them into a steno machine, a kind of shorthand typewriter. Staff Selection Commission (SSC) conducts SSC Stenographer Recruitment for the post of Stenographer Grade C and D every year. SSC Selection Post SSC conducts Selection Post examination to recruit qualified candidates for various Group B / Group C Non-Ministerial and Non-Gazetted Departments. It’s an online competitive exam conducted by SSC, which is attempted on a large scale by candidates every year. SSC Scientific Assistant SSC Scientific Assistant is a profitable post in the Indian Meteorological Department. The Staff Selection Commission conducts the Scientific Assistant exam for recruiting qualified candidates for the post of Scientific Assistant.

Why should you choose GICE?

Submit Your Query
Have a Query? Send it to us.